That day, Wednesday, I had been to see my midwife in the office and was told I was almost 2 centimeters dilated. She did a little bit of cervical manipulation to hopefully get some contractions going and…

Traumatic Birth: How Can We Protect Ourselves? (Published by Jersey City Times)

Warning: This article contains stories about difficult deliveries that some readers might find disturbing. All interviewees’ names have been changed to protect their privacy.

When I was in college, I read a short story by John Cheever about a character who was on a business trip. His plane crash-landed in a field. Everyone survived, but it was described as a harrowing, terrifying experience. Because there were no casualties, the crash wasn’t even mentioned on the evening news. The character went home to…

Bike JC, our local citizen-based advocacy organization was also saddened and concerned by the news…

The Tree of Life & Loss

It was a summer day, in late July—the final day of our annual camping trip with my ex and our kids.  The day was glorious—sunny with blue skies, and no one wanted to pack up the campsite or head back to city life. The entire day though, I was plagued by a mild feeling of dread that was somehow centered on our long car ride back home.

The Key to a Happier Divorce

What is private mediation?

As a childbirth educator and postpartum doula I tend to see couples during the most celebratory and joyful time in their lives. It’s a bit of a departure for me to be speaking about the topic of divorce, but in some ways it makes perfect sense. My personal experience has given me insight and awareness. Plus, by definition, my job is to help people transition into a new life phase. While marriage and birth are experienced as positive milestones in our lives, divorce is an unhappy…

My friend Nolan Price and I drove over 3 hours out to western Pennsylvania, to a tiny town called (somewhat bizarrely) Jersey Shore. We were on a mission to meet and film Tierney Clark a young falconer with a very interesting back-story. I found Tierney on Instagram and was immediately mesmerized by her images and the grace with which she handled her bird of prey. This wasn’t exactly a newfound interest of mine. I had forever romanticized my original last name, Falconieri (before I went with the…

Help! What Baby Gear Do We Need??

Q:  Our baby arrived ahead of schedule and we feel completely unprepared right now - what do we need?!

First thing I’m going to say to that is, “Don’t Panic!” Whether you’re in New York or New Jersey, you can get everything you need in a heartbeat, and besides, that’s exactly what Amazon Prime is for.

The season comes to a rather anti-climactic end as Snooki and JWoww decide to move out of their Jersey City firehouse digs. Nicole says she wants to concentrate more on her pregnancy and future with fiancé Jionni, and Jenni is more or less obliged to follow her lead.

In this much-awaited season finale, Snooki decides it might be prudent to become educated about pregnancy and the birth process. She finds…

We understand that you are nervous about caring for and protecting your baby. Private cord blood banks also recognize this vulnerability and will market to you heavily during your pregnancy with promises of “biological insurance.” This puts expectant parents in a position of making sense of something that even many doctors have difficulty explaining.

So, we’re going to make it easy to digest by giving you guidelines based on the American Academy of Pediatrics…

Why Do We Need A Birth Doula?

“If a doula were a drug, it would be unethical not to use it.” ~ John H. Kennell, MD

Over the many years I’ve been teaching childbirth education, the topic of hiring a doula has come up in every class. By the time my students reach me for a childbirth class some have already hired a doula; while in other classes I often have to explain the definition and importance of using a… 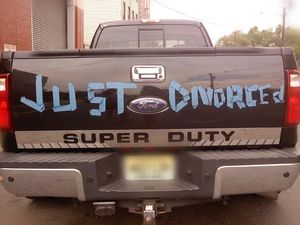 As a childbirth educator and postpartum doula I tend to see couples during the most celebratory and joyful time in their lives. It’s a bit of a departure for me to be speaking about the topic of divorce, but in some ways it makes perfect sense. My personal experience has given me insight and awareness. Plus, by definition, my job is to help people transition into a new life phase. While marriage and birth are experienced as positive milestones in our lives, divorce is an unhappy one for most families. I’m not here to rain on your parade, especially those of you in the honeymoon of your marriages. I’m writing for those who are struggling with a separation or divorce and who have children caught in the storm’s wrath.

This is an ode to private mediation, particularly its positive impact on children. Over my ten years of being happily divorced and counseling families, I have referred at least a dozen couples to private mediation instead of traditional divorce lawyers. My snapshot pitch goes something like this:

Many couples have taken my advice, recognizing at the very least that mediation is going to be less expensive than going to court. Yet, still there are some who reject mediation and I can never understand why. So I asked Dr. Michelle Rozen, a seasoned and respected private mediator in the New York area, “Why don’t more couples choose mediation over the court system?

“I feel like people mistakenly think that if they mediate they won’t get legal advice,” she began. “I always encourage my clients to consult with an attorney for feedback during the process. But everything we do in mediation is made legally binding by a judge once we’ve come to a resolution.” In fact, typically judges are the biggest supporters of private mediation. They would much rather wrap-up a marital dispute when the couple has come in prepared and already sorted out their agreement in the presence of a mediator.

“Court tears people apart,” adds Andrea Hirshman, a veteran divorce mediator and attorney. “People sometimes resist mediation because they believe they will get their ‘day in court’—in other words, some kind of emotional justice.” However, this is not what happens in court. It’s not a TV show or dramatic film starring Meryl Streep. Litigation is not designed to be storytime or for you to achieve emotional satisfaction because “they” will see your side and rule accordingly. Court is the opposite of that; when lawyers start to make a case for their client, they are making a case against YOU. Andrea goes on to say that the process of coming to an agreement is kept “under control” via mediation; there is an attempt to keep it amicable, cordial and collaborative. This is about the exact opposite of what you can expect in litigation. Both mediators agree—divorce is a time of high conflict in your life.

There are typically an array of intense emotions surrounding a divorce. And when anger is combined with parenting, you stand a good chance of letting it bleed into your children’s lives, coloring their sense of self. Children are probably the best reason for parents to consider private mediation over lawyers and court. In the midst of a traditional divorce and custody battle it’s not uncommon for children to require cognitive therapy; they are sometimes depressed, anxious or angry themselves. That’s understandable, namely because our decisions and behavior will affect our kids. “It’s not separation or divorce that hurt children,” explains Andrea, “It’s conflict.”

Conflict. Studies show that when parents engage in mediation instead of battling in court,  their children are positively impacted by their choice. They tend to have better self-esteem, stay focused academically, and learn a valuable life lesson in the process. From Brianna L. Nelson’s study of Divorce Mediation: “When children are involved in divorces, they can be at risk for emotional issues, especially when parents aren’t dealing with their emotions appropriately. The most common and complicated emotion during a divorce is anger in children and adults, which is a common reaction to grief and loss (Emery, 2004; Raisner, 2004). Consequently, if parents are not processing their emotions such as sadness, grief, or anger, it will negatively affect the children by causing more conflict and tension in the transition and children can become confused and upset about the divorce (Emery, 2004).”  Children are hyper-aware of the tensions that ricochet between their parents, even if care is taken not to blatantly argue in their presence. When parents engage in mediation a more “collaborative” structure occurs. Collaboration is what mediators encourage and what propels you toward resolution. Counseling and therapy might be necessary too, just to help you separate with less residual anger, but mediation is the first step toward compromise. And yes, you have to compromise when you co-parent after divorce.

There are going to be birthday parties, graduations, and other milestones ahead of you. There could be adolescent issues to handle, a health crisis, even a diagnosed learning disability will force you to make decisions together as parents. I have personally witnessed parents at their adult children’s wedding sitting tight-lipped and tense at separate tables—even when both have new spouses. It’s not healthy for any parents to behave this way, yet old grudges die hard and typically it’s the kids who carry that weight for years, often into their own relationships. How parents handle a difficult circumstance in life sets an example for dealing with conflict in any challenging life-event. Children watch and learn and what will we show them? Fury and vindictiveness or conflict management and resolution? Let’s face it, most marriages do not end with a friendly handshake and a pat on the back, “Hey, sorry it didn’t work out, better luck next time.” Divorce is generally a crisis, but it needn’t turn into a traumatic crisis. How that unfolds is entirely in your hands.